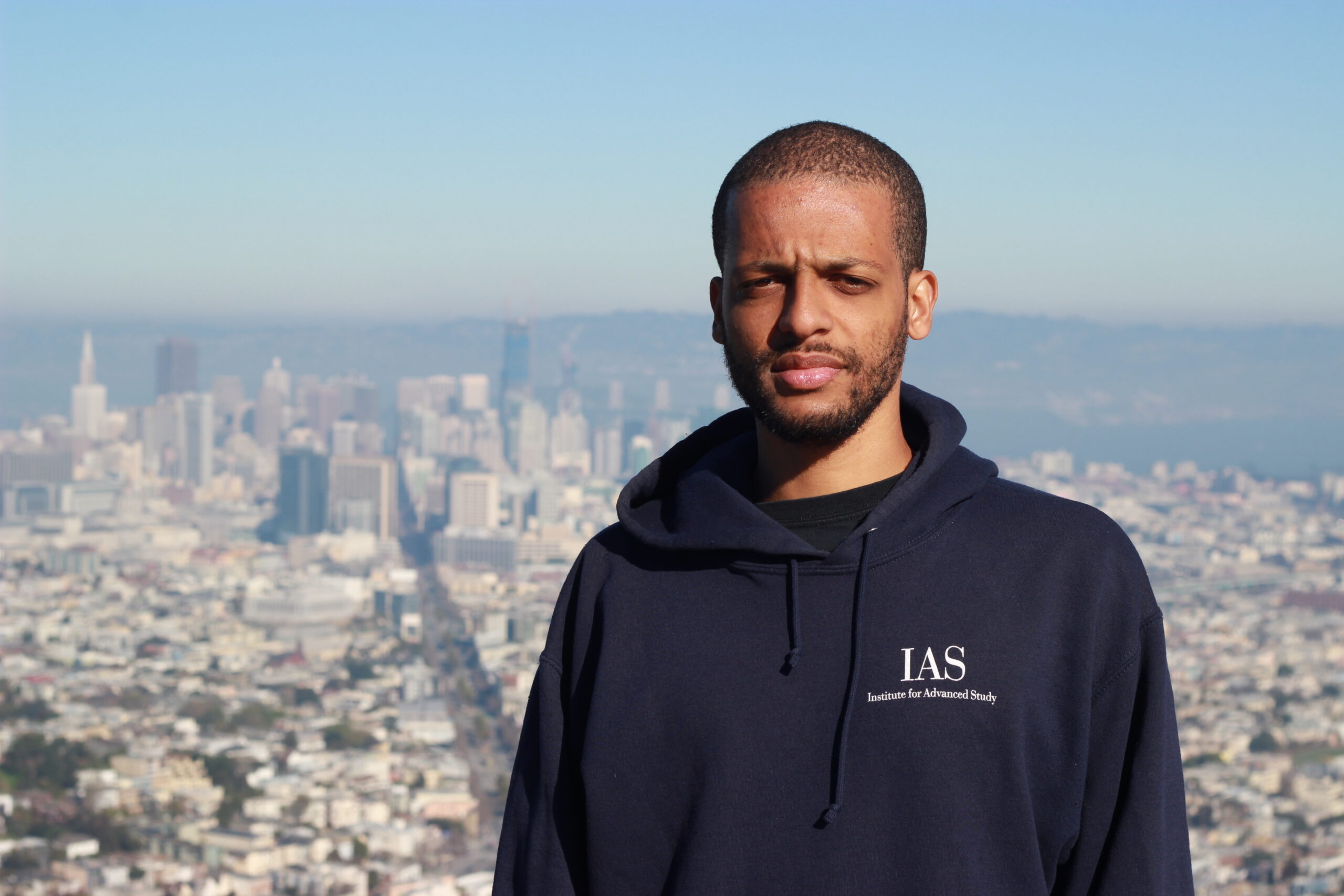 Professor Jelani Nelson is a professor currently teaching and conducting research at the University of California, Berkeley within the Department of Electrical Engineering and Computer Sciences.  Professor Nelson was raised and educated in the USVI and has gone on to do extensive research in computer algorithms.  He has also been active in giving back and attracting more interest within the field with high schoolers, particularly in Ethiopia where he has been active in hosting a coding academy for several years.  We had the opportunity to talk to Professor Nelson to discuss his path towards tech and higher education.

We’d like to start off by asking about yourself and your upbringing?

Born in Los Angeles but moved to St. Thomas when I was 6 years old in 1990.  Me, my younger sister, and parents.  My parents still live in St. Thomas in the same house I grew up in and was there from 1st to 12th grades.  I attended All Saints Cathedral School and later went to MIT.  After graduating, I took a position with Harvard and postponed it to do post-docs at a few places.  Went to Harvard and two years ago went to Berkeley at EECS.

What inspired or led you into the tech field?

For my fourth birthday, my parents got me a Nintendo Entertainment System and at some point, during elementary school, I started playing more computer games.  I had internet at home and dial-up before there were dial-up ISPs in St. Thomas, so I had to call Puerto Rico for access.  At first, we had one phone line, so I couldn’t use it if my parents were on the phone.  Later we had a fax line, and I would use that unless we needed to use the fax machine.  I had an AOL account and can remember going to kid chat rooms and playing games online.  At some point, maybe when I was 11 or 12, I right-clicked on a webpage and noticed that there was a view source option and discovered HTML for the first time.  I learned that HTML was needed to make websites.  So, I got a book on HTML and made my own exercises, and created toy websites to practice.  In High School, I figured out that if you wanted to make big programs you needed to understand other programming languages.  I learned CSS and C++ and gave myself programming assignments in high school.  A teacher also taught me BASIC.  I enjoyed my math classes and math counts.  Mrs. Wheatley was at All Saints when I was there. It was during this time that I decided to pursue a Computer Science and Math double major.

Back in 2015, you hosted a crash course on Algorithms and Programming for High Schoolers for UVI’s St. Thomas campus.  You went through topics relating to Python and Algorithmic exercises.  How was that experience for you personally?  What are some things that you noticed or took away from the students that participated?

There were definitely students who were interested in learning the subject matter.  I wish that there were more students and accessibility may have also been a factor.  This was something similar to what happened in Ethiopia.  Private school students were more represented in the program.  I went to different public schools to advertise the program, however, there remained a higher rate from private schools.  I observed a few things.  One was that many of the private students had their own personal vehicles, while public school students mostly rode buses.  It’s likely that it was easier for the private school students to attend the program.  If running the program again, there would need to be ideas considered such as housing.  In Ethiopia, we provided dorm rooms for students for free in partnership with the government and the university.  The dorm rooms were a 5-minute walk from the school.  I would like to have a similar program return in a way that reaches the entire Caribbean.  I think that during the planning phase, it would be important to consider ideas that would need to be considered would be shuttles as well, essentially making sure that costs are not a barrier to program access.  Apart from access, perhaps it may also be important to foster closer ties and coordination with school administrators or counselors.

Thinking back to when you became interested in STEM, what programs or resources do you wish were available at the time?

The books I bought in C++ and HTML were purchased through stateside.  There was only one bookstore that was close to where I lived, and back then there was no Amazon.  We often would have to get books on the mainland.  Nowadays, this is probably less of an issue since access to these resources is much more democratized.  Now it’s about awareness.  There was something called the USACO which was an online computer competition with a tiered system.  If you did well online, you could go to their summer camp to get additional training.  I didn’t know this existed until I went to college and knew people in my program that did it.  These are very tough problems and its competitive.  But there is an online community around these issues about when you are starting how it’s hard to break out.  But there are forms and other resources that will help you learn what you need to learn to participate effectively.  I missed out on that and wish I knew that those educational communities existed.

How has your tech career impacted your life outside of work?

As an academic, I have a lot of freedom.  I created a non-profit that I am president of.  We have activities every summer and we train high schoolers in Ethiopia in algorithms.  We ran one edition in St. Thomas in 2015, which was a more abridged version.  Professor Marc Boumedine—worked with him to get resources and materials; had help from other folks at UVI.  It was interesting.  Currently in talks to start a Caribbean coding camp which will likely launch in Jamaica, but the idea is to make it Pan-Caribbean. Yes, I teach, but perhaps I do a maximum of three hours a week.  A lot of what I do is research, and that involves coming up with new things.  You think a lot, work on hard problems, develop solutions, publish them, and supervise a team of students some who are post-doctoral.  There is freedom to do what I want and flexibility in the topics I want to research and in fact also work part-time with Google.  So, I have freedom to try different things.

What are the top skills you encourage young adults to develop when they’re getting started in a tech career, particularly the academic route?

The vast majority of people that go to tech don’t go the academic route.  Today people are encouraged to go into tech because it is lucrative.  When I was a kid, it wasn’t so clear that tech was going to be as big as it has become.  The tech field is a good way to make a living and has flexibility if you are an engineer.  The work is fun and you are compensated well.  In terms of skill development, in computer science it’s easy to self-train.  If you want to be a civil engineer, you can do toy models, but if you want to build a bridge, you need supplies and a bridge.  With software, you don’t need as much.  A laptop and a lot of the resources to learn what you need.  That is not to say that college is not important, but if you want to get your feet wet you easily get started.  There are several sources such as ocw.mit.edu and www.coursera.org where you can learn these skills for free.  It’s easier to learn when you have an instructor and are in a class setting.  But I suggest not waiting for the classes.  Got to websites and start learning now.  Train.usaco.org is another resource for high school students.  Many of these sites with problems that you can solve and upload to check if you got it right.  These ones I mentioned are more algorithm-focused, but there are others for website design, user interface design.  If you are interested in web design, learn from online resources or try to make your own sites.  You could even start your own business.  Other examples include codeforces.com, spoj.com, edx.org.

What is your favorite USVI dish?

I usually keep it simple.  I like sweet plantains, peas, and rice, chicken.  I drank a lot of passion fruit juice when I was a kid, and I still make them with my plants at home.

Do you know a “VI Asset” doing great work in their STEM field? Tell us about them! Email us at [email protected]