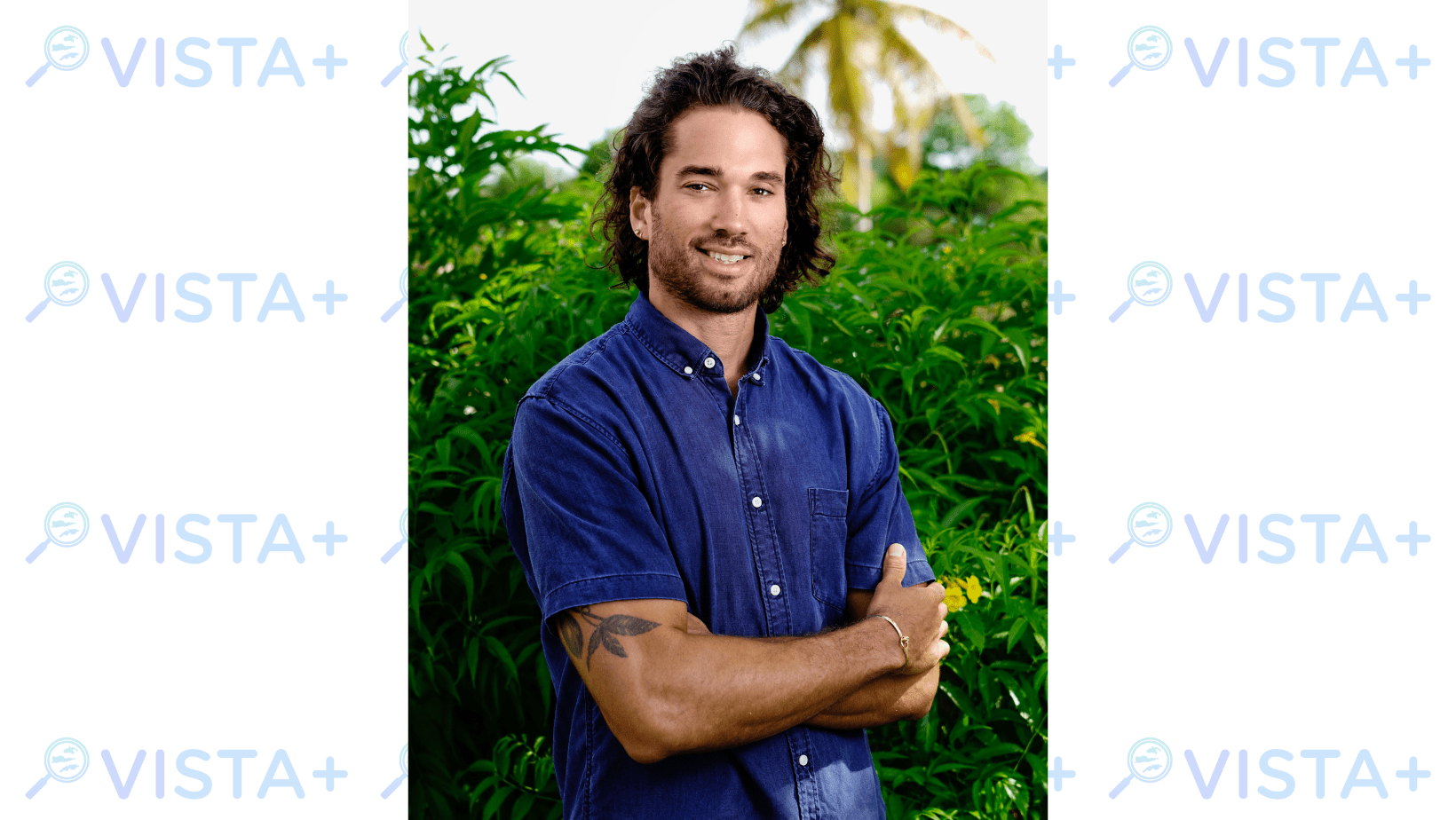 Meet one of VISTA+ VI Assets: Virgin Islanders not only working in STEM fields but leading amazing work in their industries and representing the territory.

Cory Bishop was raised on St. Croix and studied economics and computer science at Bucknell where he realized his passion for entrepreneurship. Since launching his first app in 2014, Cory has become a successful tech entrepreneur. He now works as VP of Product at Safesite, a platform allowing those in high-risk industries to record, communicate, and resolve safety issues, and runs his own art collective, Forgotten Lands Art. Uniting creativity and innovation, he shares his entrepreneurial path, advice for those just starting out, the role of identity, and his hopes for the VI’s future.

For those who may be just coming across this blog, can you tell me a bit about yourself?

I was born and raised on St. Croix. I was there until I was 18 [when I] went to Bucknell to play D1 soccer. [Ultimately,] that did not happen. I had a really bad injury, but it really allowed me to have more time for [my] studies. I studied economics and computer science. My last year [at Bucknell] changed my life and pushed me into the entrepreneurship realm. I did a business plan competition and got third place. An alumnus from another school invested in my business and it really changed everything. [At the time] I had no job and no plan after college. [The investment] kind of just lit the fire for me to be like, Oh, wow, maybe I can do this entrepreneurial thing. A few years ago, I sold [the mobile shopping app] to my co-founder, who’s still running it. I’m now VP of product at Safesite. As a Product Manager, you do everything, design, development, people management. I [also] really, really love helping entrepreneurs because when I started, I didn’t really have much guidance. So now, I try to advise other entrepreneurs and in my spare time, I also run a Caribbean art collective called Forgotten Lands.

Do you think there was a pivotal moment that helped shape your career interests? Can you share that moment?

I think there were a couple [moments]. The business competition was one moment. I never wanted a 9 to 5 and I always dreamed about doing my own thing, but I didn’t really know how. I think sometimes synchronicity happens and someone [like an investor] sees potential in you. Though you might not be at where you’re supposed to be at or where they need you at, they know that you can get there. Our investor was based in New York, and [though] my plan was to go back home for a year I thought, I’ll go to New York and try this thing out and grind and see where I end up. There was another moment which was more [about] validation. I worked on this first app for a year or two and when we launched, I was on the news. I was interviewed and we had a bunch of users that day. We got featured on Fox News, Complex Magazine, and Time Out NY ranked us as a top 20 app. That was very pivotal because you need validation; sometimes you’re in the trenches for so long. And so that was a moment where I was like, okay, I think I can do this thing, I know how to make products that people want. All the press made people think we were a big success though we weren’t yet, but it validated me as an entrepreneur. I eventually became a freelancer because of that.

Can you talk a little more about how being from the Virgin Islands has influenced your career path?

I would say it shapes me every day. Part of it is our resiliency and my parents influenced me a lot too. My mom is from El Barrio (Spanish Harlem) and my dad is from St. Croix, both of which aren’t the easiest places to grow up. My parents both exemplify hard work, my dad never went to college and has grinded for 30+ years at the St Croix Refinery often doing 12+ hour shifts. He also literally built the home my parents live in today. While my mom, who also didn’t finish college, apprenticed and worked her way into becoming a librarian within St. Croix’s school system. The VI taught me resiliency, and how to figure things out on your own because sometimes you just got to do it yourself. Another part of it, too, is a bit of a chip on your shoulder… you enter tech and other industries which often don’t have a lot of Caribbean people, so you want to let people know that these “other” places or lands, like the Virgin Islands, have equally successful people, smart people, and beautifully different people. There was a bit of a chip on my shoulder when I first came to the States, especially being mixed race too, because people are like trying to put you in a box. But coming from the Virgin Islands, it’s hard to place you in a box. I’ve always taken it upon myself to create my own box and my own lane, and to bring other Virgin Islanders into it.

I know you were an Accelerate VI mentor, but what advice would you give to aspiring entrepreneurs and startups just beginning their journeys?

Be fearless. I think failure is the best thing for anyone. I learned that in sports, you lose one year and come back harder the next year. In entrepreneurship, people need to understand it is a marathon, not a sprint. Success isn’t always what it looks like. It can come through critical learning, through meeting the right people, through just being in the space, and it doesn’t always mean monetary. They say, 1 in 10 startups succeeds. So, being realistic, knowing when to stop, and really taking a quantifiable approach to business [are important]. You must have passion, but you have to pair your passion, your gut, and your heart with research and a methodical approach. You want to really focus on the most important things to move your business forward. Especially if it’s a team of 1, no one else is going to do it. If you’re doing one thing, that means this other thing isn’t being done. Another thing I would tell [entrepreneurs] is hyper-prioritization. Time moves fast and is limited. You have to understand what might take you to that next level, whether it’s a prototype, talking to users to get feedback, or getting that first pilot to test your system out. Know what these milestones are, really work towards the critical things that will get you there, and don’t get distracted.

I think we need to realize that we’re going to be left behind if we don’t innovate and if we don’t invest in youth education, STEM programs, and art programs. Those are very, very critical for our success. With COVID there’s a lot of bad things that came with it, but I think the blessing is the realization that you don’t need to be in San Francisco or Brooklyn, and all these very large, expensive cities to make big changes. We need to understand that it’s on us and we need to get onto the street. I think our own politicians and our own electricity infrastructure are holding us back. We need to accept change, accept innovation, and give a good footing to the youth because we can do this.

A fun one! What’s an unusual skill you’d love to master?

One skill I’ve kind of ignored is music. When I was younger, I played steelpan, percussion, and I did a little drums. I was really into music, and I’ve strayed away from that a bit. I would say music and painting were passions of mine when I was young that gave me a good creative foundation. I think creativity really, really spurs and inspires even business initiatives. Going back to that and spending more time on that would be cool.

For those looking to start their own businesses and wanting to learn more about programs that support entrepreneurs in the VI, the Accelerate VI program is the RTPark’s incubator program for entrepreneurs. Cory has been a proud and appreciated mentor for Accelerate VI since 2019. Applications for Cohort 3 will open in August 2021.

To look for your next tech job in the US Virgin Islands, visit https://vistaplus.vi, a workforce development initiative of the RTPark.